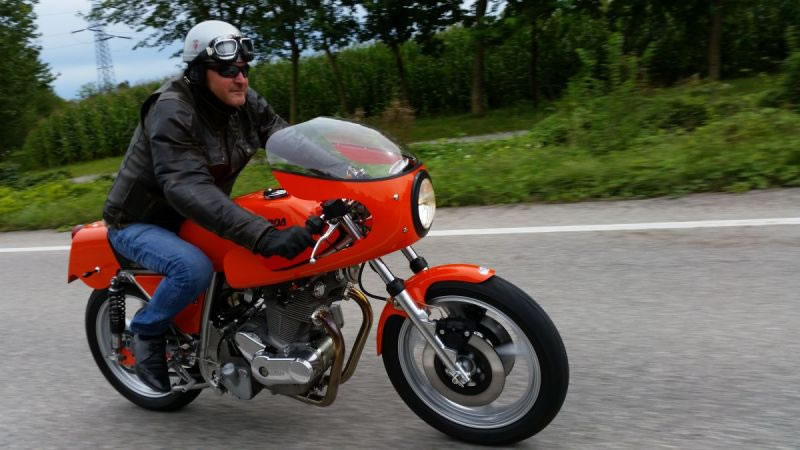 Thierry's 1976 Laverda 750 SFC Replica is finished and he came to Spilimbergo to pick it up.

After 6 months he discovers his new machine and rides it for the first time.

The Laverda 750 SFC is probably one of the most awesome motorcycle of the seventies. During the years various evolutions of the SFC were built. For his custom SFC, Thierry wanted us to replicate one of the last 34 of 549 that were assembled between 1976 and beginning of 1977. This last evolution of the SFC line differed from the previous models mainly by their 5 spokes alloy wheels instead of the classic Borrani wired wheels.

Motors & Soul 2014 : Manuele and Thierry going for a ride