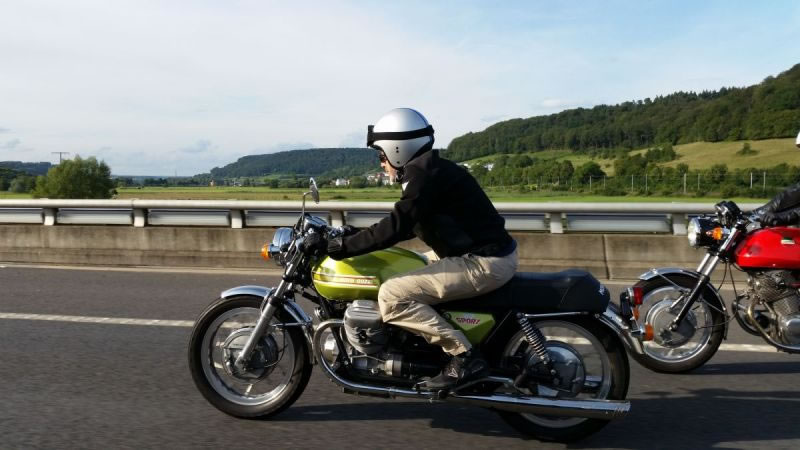 This now fully restored 1973 Moto Guzzi V7 Sport was once found in a barn in the North of Italy.

The bike was completely original and didn’t hit the road during nearly 20 years.

The V7 Sport was introduced in 1971, after Moto Guzzi famous engineer Lino Tonti designed a new frame to house a new 90-degree transverse V-twin motor. The 748 cc engine was developed from the V7 Special touring model engine which had been modified in order to be more powerful and compact. A new five-speed gearbox was also added and a more compact alternator situated on the front of the crank replaced the previous large dynamo.

Despite the V7 Sport has a very decent low-revs torque engine, it comes really alive after 4500 rpm where it pulls strongly forward from there to the red-line at 7250 rpm. Thanks to its well-designed frame, the V7 Sport is also very stable in a high speed straight line as well as in fast curves and can even be easily flicked around at low speed in the traffic. The perfect bike if it wasn’t for its quite weak drum brakes.