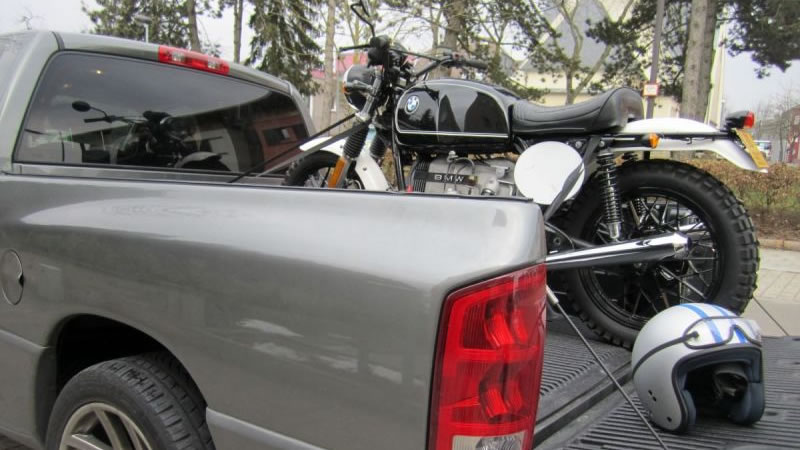 The BMW Scrambler project started from a 1984 BMW R80RT and was inspired by...

...the BMW off-road motorcycles of the ‘70 – ’80. As usual, the motorcycle has been completely disassembled and rebuild.

The engine was already equipped with a 1000 cc Siebenrock kit and we decided, at this stage, to clean it and only replace some parts like the air box, the cylinder head covers and the exhausts.

The fork has been refurbished and slightly modified, the original shocks have been replaced by a pair of Ikon shocks and the handlebar comes from a BMW G/S. The original Brembo front brakes as well as the rear drum brake have been kept. We also kept the original wheels, coated in black and equipped with Continental TKC80 tires.